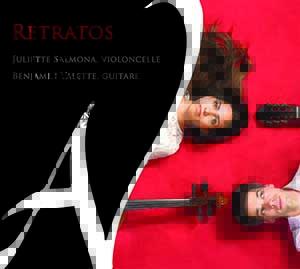 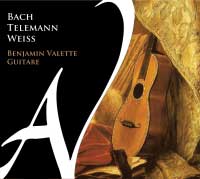 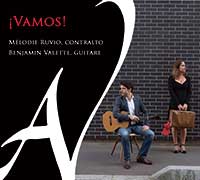 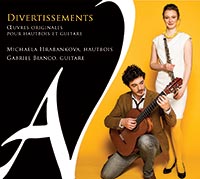 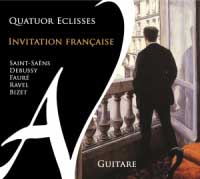 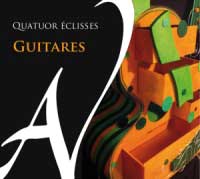 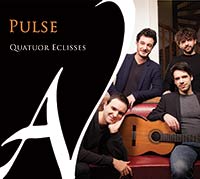 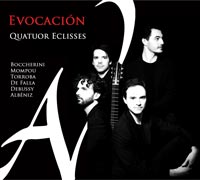 Works for Guitar and Cello

“First of all Retratos is the meeting of two musicians. Having made our first steps at the same time in Parisian Music Conservatories, we have known each other since adolescence.

It is subsequently the meeting of a cello and a guitar. Coming from very different worlds, each of our two instruments, with their neighboring tessituras, is sometimes used as support, sometimes as protagonists. Together, they display the full diversity and breadth of their registers.

It is also an encounter with a work : the Sonata for Guitar and Cello by Radamés Gnattali which gave birth to this project and inspired its name. This sonata, probably one of the most accomplished works for guitar and cello, uses the two instruments in a well-balanced manner thus demonstrating all the potential of their combination. The melodic line and the accompaniment, sometimes extremely rhythmic, appear alternately in both instruments’ score. The cello is sometimes imitating the guitar with dance-like pizzicati, before unfolding all its melodic abilities.

It is finally the meeting with a repertoire. One thing leading to another, our curiosity for the contemporaries of Gnattali led us to discover unknown works for piano, voice, orchestra. So, we devised transcriptions for our two instruments of works by Brazilian composers from the late 19th century and early 20th century.

Retratos is a varied and colorful look at an era and a country".

« This is indeed a most colorful release with its music full of energy, nuance, warmth of tone and a total understanding of two instruments not usually associated with one another in performance.  ». - amazon, Dennis Ferrara

« This fine disc by a pair of excellent French musicians is devoted entirely to repertoire by Brazilians active in the late 19th and/or the first half of the 20th century. Guitarist Valette wrote the transcriptions for the pieces other than the Gnatalli Sonate, and did a superb job of sharing the instrumental load between the two instruments, though as often seems to be the case with this combination, the cello, with its singing, sonorous voice, takes on the main melodies more than the guitar does. These two are marvellously sympathetic players and the choice of so many attractive and tuneful pieces is certain to appeal to many listeners ». - Blair Jackson, Classical Guitar Magazine

Read the review (in Japanese)